Boko Haram Leader: ‘I will sell them in the market, in the name of God.’ 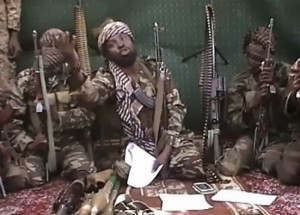 Aboubakar Shekau, leader of the terrorist group Boko Haram, announced his plans for the 223 girls who were abducted from a school in the town of Chibok, in northeastern Nigeria, on April 14.

Through a video, 57 minutes long, Shekau said: “‘ kidnaped your daughters and I will sell them in the market, in the name of God.’

According to the message released by Boko Haram, a few teenagers will remain in the hands of this radical organization to serve them as slaves and will be forced to marry its members.

However, in evidence gathered by France Press, some of the girls have been already sold for twelve dollars in border areas of Chad and Cameroon.

Meanwhile, the police has also reported that of the 276 abducted at first, 53 managed to escape their captors and indicated that after attacking the guards of the school, the terrorists got them into the truck and transported them to a nearby wooded area to Cameroon, where they were forced to cook for them.