Brazil declares emergency in 126 municipalities due to heavy rains 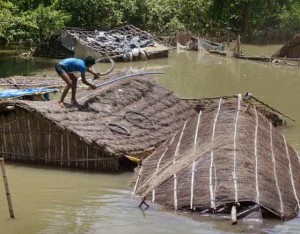 The Brazilian government on Thursday declared a state of emergency in 126 municipalities of the state of Rio Grande do Sul due to heavy rains that have been lashing for weeks southern Brazil and causing flooding.

More than 18 thousand 300 people were evacuated due to flooding, according to the State Civil Defense.

The situation is worse in the west area and next to the Uruguaiana municipality.

Even so, the state Civil Defense reported that the situation is improving after the rains were reduced this week, something that could normalize the level of water in rivers, especially the Uruguay until the weekend.

Two men died by floods and a 23 year old woman is still missing.

British law of cyber and phone surveillance is criticized by Snowden