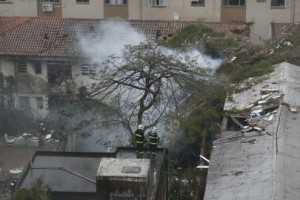 Eduardo Campos, Brazilian presidential candidate, died today in a plane crash, on the way to the city of Santos, GloboNews TV channel reported.

Campos was traveling in a Cessna 560XL, which collapsed during a landing maneuver.

One source of his Socialist Party (PSB) said that his vice-presidential candidate, Marina Silva, was not aboard the plane.

Campos appeared third in the polls for presidential elections that will take place in October.

Argentina defies judge Griesa to carry out his threat