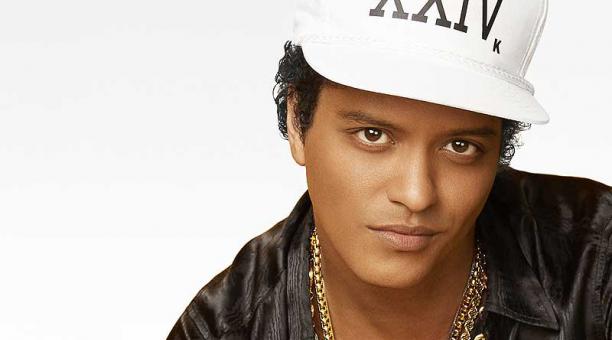 Bruno Mars arrives to Quito on the crest of the wave of his musical career. Last Sunday, the American became the most awarded artist of the American Music Awards.

Among the seven acknowledgments he received are Artist of the Year and Best Pop / Rock Album for ’24K Magic’, an album loaded with sounds from the 80s and 90s, with which he shot throughout Europe and America throughout 2017 and with which he arrives this Saturday, December 2, 2017 at the esplanade of the Atahualpa stadium.

Mars, is the number one candidate to occupy the ‘throne’ left by Michael Jackson, he will present a show that promises to become an unforgettable experience for the Ecuadorian public, only comparable to the concerts of Paul McCartney (2014) or Metallica (2016).

In the montage for the concert on Saturday, December 2 was included a powerful pyrotechnics team, 790 moving lights and a roof of 28m x 20m called Eurotruss, which will join a scenography that comes directly from the United States.

Mars will enjoy in his dressing typical Ecuadorian fruit, vegetables, Fiji water, coffee, wine and an endowment of different sweets. Apart from these gastronomic requests the interpreter of “When I Was Your Man” requested wet wipes and Internet connection are added.

Mars will arrive to Quito after visiting Rio de Janeiro, Sao Paulo, Buenos Aires, Santiago and Lima, and of knowing that he is one of the five artists with more nominations, six in total, for the 60th edition of the Grammy Awards. Before his presentation, the dance rock band DNCE, of which Joe Jonas, former member of the Brother Jonas, will take part. (I)