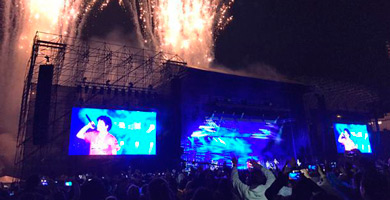 One of the most anticipated concerts in the country was successfully held on Saturday night, December 2, 2017, at the Atahualpa Olympic Stadium in Quito. Bruno Mars arrived in Ecuador as part of his 24K Magic World Tour.

At 20:00 sharp, a wave of the audience from the top of the stadium showed the impatience of the artist’s fans with the highest number of awards at the American Music Awards.

Fifteen minutes later, the Atahualpa was completely dark and DNCE, the supporting band of Mars, brought the light to the stage amidst the cries of the audience. His most recent single, ‘Kissing Stragers’ kicked off the band’s repertoire, whose lead singer is Joe Jonas, former Jonas Brother, who greeted his viewers in Spanish.

Despite the light rain that began at that time, the packed stadium danced to the rhythm of funk pop, in front of the peculiar staging of DNCE, characterized by the colorful attire of its members. After interpreting ‘Cake by the ocean’, the song with which the band was released in 2015, DNCE said goodbye, waving the flag of Ecuador.

At 9:30 a voice would welcome the 24 K Magic World Tour. A white curtain fell and let Bruno Mars be seen, amid shouts and the excitement of the Ecuadorian public.

The fresh attitude of the artist started one of the most anticipated shows of recent times in Ecuador. He wore a red shirt, pants and sports shoes. 24K Magic, the success of this tour, ignited the night with its touches of the 80s and 90s. The pyrotechnics that left the stage to the sky increased the euphoria of the fans of Mars, who, along with his six musicians, showed all a choreographic composition, accompanied by 790 moving lights, which filled the Atahualpa with color.

Dj Wagner was also introduced, who had an excellent participation and was very applauded by the audience. Wagner is based in the United States but came as a special guest to open Bruno Mars show. Wagner is reaping success; he also played with the famous Dj Steve Aoki in his presentation in Ecuador. You can follow him on his Instagram: https://www.instagram.com/itsmewagner/ 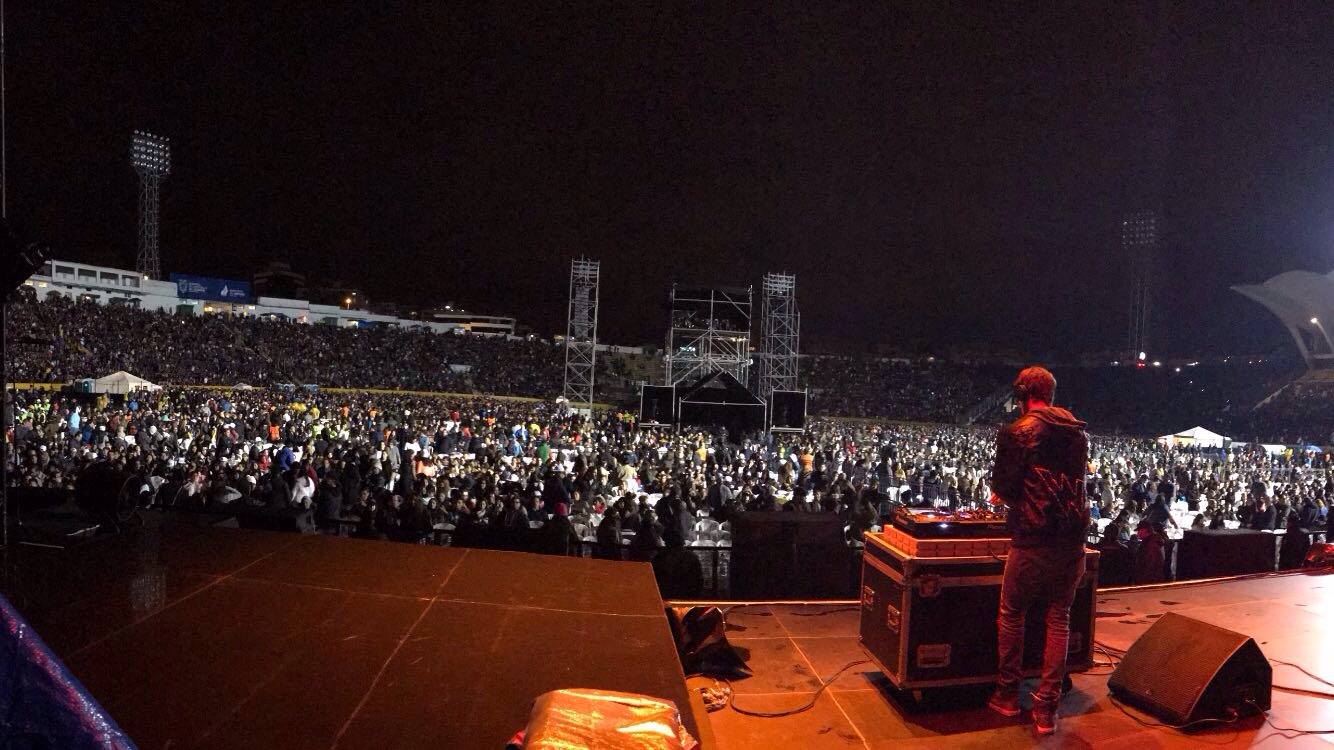 Its me Wagner with Bruno Mars Ecuador United States USA

The earthquake in Manabi only left material damage