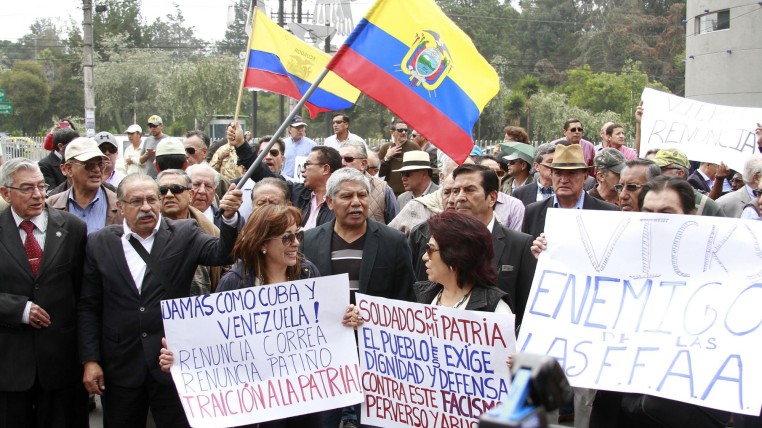 The military received yesterday a new letter attributed to President Rafael Correa to explain the situation of the Social Security Institute of the Armed Forces (ISSFA). The email arrived early to the offices of the High Command.

The letter, which begins with “Dear,” has a clarification. It specifies that e-mail sent on Friday, May 13 mentioned that the ISSFA receives monthly allocations of 120 million by the government. “I must clarify that this amount is not correct and that the average monthly allowance that is granted to the ISSFA is 51.3 million dollars,” it says.

This, according to the letter, is equivalent to 70% of the entity transfers received by the Ministry of Finance. The remaining 30% (21 million) corresponds to the individual contributions.

Oil continues its price escalation and closed at $ 47.72