Captain Ortega: ‘I received a social derision in the Sabatina’ 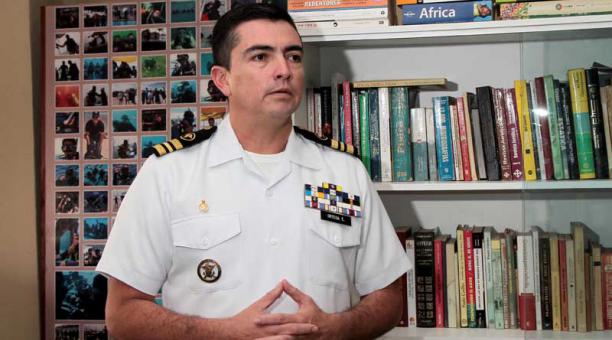 Lieutenant Commander Edwin Ortega claims that he has been subjected to “a social ridicule” by President Rafael Correa in the last citizen link on Saturday August 27. According to the president, the officer hurled insults that can not go unpunished. So he filed a lawsuit against five officers of the Disciplinary Board of the Navy, who did not admit a process of sanction for Ortega.

According to the captain, the mere fact that the President referred as unpatriotic on a “Sabatina”, is already a sanction. “This has not only been one or three sanctions which I received, but also a social derision when the President has spoken on his “Sabatina.”

Ortega believes that he has “never disrespected” the president. Recalls that the May 13, 2016, he received the mail from the account of the President of the Republic replied the next day. He does not know if this Wednesday 31 August he´s going to attend the hearing for the action of protection provided by Correa to annul the decision of the Disciplinary Board of the Navy. On September 2 he will return to his post as commander of the Battalion of Marines in Guayaquil, where he leads 300 marines and ten officers.