Carlos Baca: ‘The Odebrecht case should be listed as organized crime’ 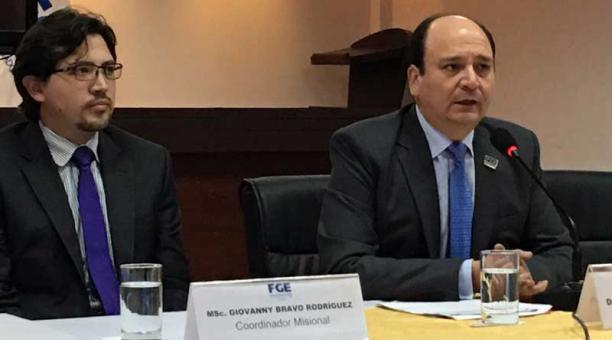 Prosecutor Carlos Baca Mancheno presented his Strategic Plan 2017-2023 yesterday and announced that he will work in four areas: institutional strengthening, investigation, international relations and the fight against impunity.

On this latter axis, Baca mentioned that on Thursday, 11, after being appointed at the Legislature, he ordered the creation of a national unit of transparency and fight against corruption. This department will be made up of prosecutors, advisors, technicians and analysts.

With regard to the investigation of the Odebrecht case, he said that the team conducting the investigation will be strengthened in terms of logistics and human resources. In addition, he said that this case should be treated as a transnational crime and that is why the information that arises from any country that also traces the Brazilian construction company will be fed.