Carlos Luis Morales, among eight arrested for alleged irregularities in the Guayas Prefecture

Around 04:00 on Wednesday the 3rd, several vehicles of the Prosecutor’s Office and National Police entered a housing estate located on Samborondón Avenue to carry out a search of the home of the Guayas prefect, Carlos Luis Morales, as part of an investigation by the Presumed crime of influence peddling in the acquisition of medical supplies during the health emergency in the country due to the COVID-19 pandemic. 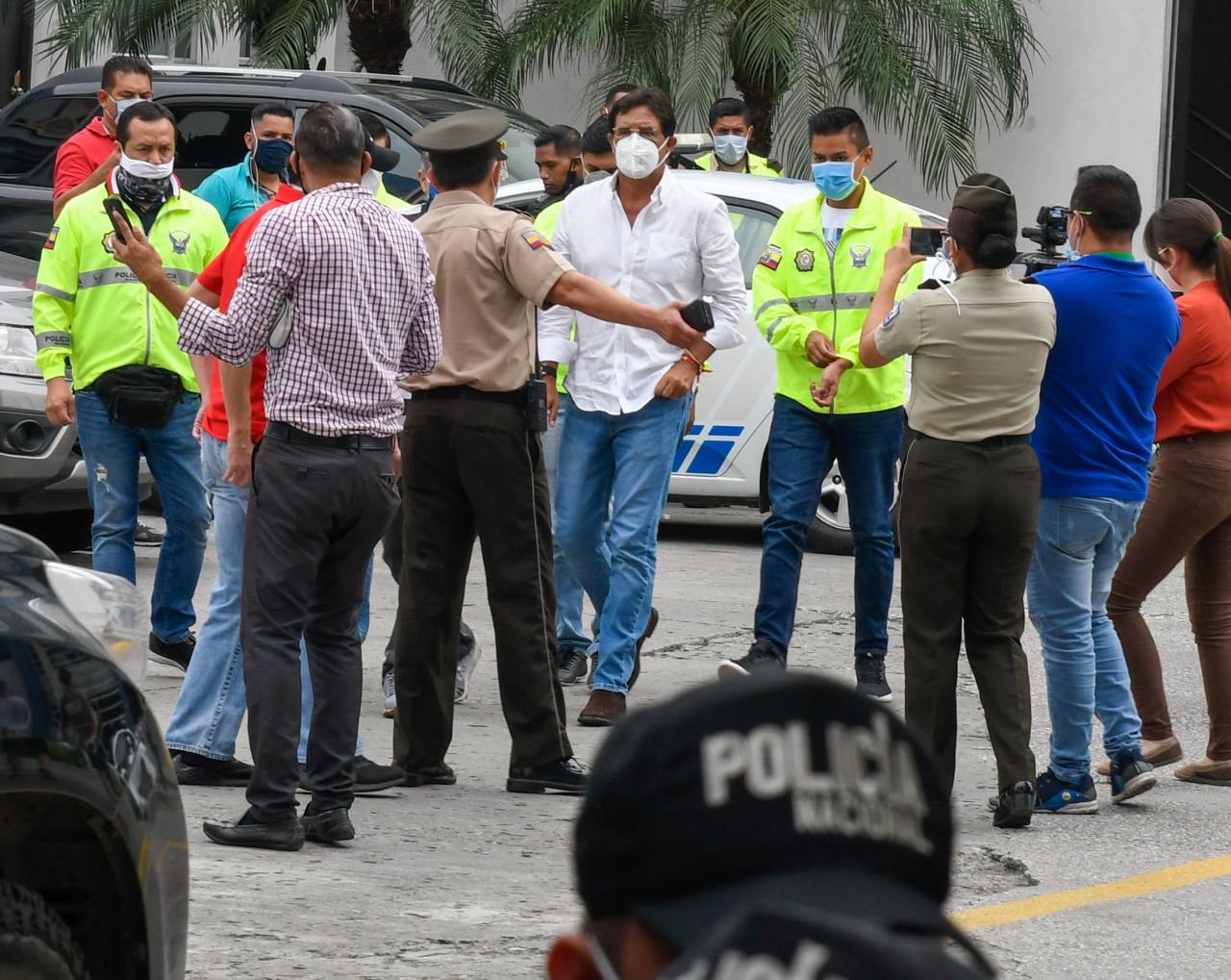 Carlos Luis Morales, among eight arrested for alleged irregularities in the Guayas Prefecture

Upon entering the house they did not find Morales, but seized several electronic equipment and documents.
Hours later, at around 09:30, Prefect Morales was detained for investigative purposes in a building located on Samborondón Avenue.

The official was transferred to the Flagrancy Unit of the Model Barracks, north of Guayaquil, and then referred to the Judicial Police.

Yanina Villagómez, Guayas provincial prosecutor, reported that one of the detainees is an official of the Prefecture.

Édison Medrano, of the Judicial Police Zone 8, added that the others apprehended in this case are alleged shareholders, managers and owners of companies investigated for the alleged crimes of criminal organization and embezzlement in the acquisition with surcharges of medical supplies, contracts that were awarded by the Prefecture, which were finally not carried out.

The Prosecutor’s Office investigates the alleged links between these companies with relatives of the prefect Carlos Luis Morales.

For example, Hermelindo V., 76, on the website of the Superintendency of Companies, appears as president of the company Zerasamiz SA, to which the Prefecture of Guayas awarded a contract for
$ 90,000 to deliver a statistical projection of rapid tests of COVID-19.

The web portal of the Superintendency of Companies records that Hermelindo V. is also the owner of another company, Cicerocorp SA, which also has contracts with the Prefecture of Guayas.

On Wednesday afternoon 3, the Prosecutor’s Office and the Judicial Police continued to search for Arcos and two of his sons for investigations into these cases. They had not been located until press time.

Morales has said that he supported the investigations and on Tuesday he denounced several people, including two sons of his wife, to the Provincial Prosecutor’s Office, as allegedly involved in alleged irregularities in purchasing processes.

Cynthia Viteri requested an audit in the Municipality of Guayaquil

Cynthia Viteri, mayoress of Guayaquil, announced this Wednesday that she has asked the General Comptroller of the State to audit the contracts that the Buenos Aires city council has made during the emergency, due to allegations of corruption in various municipalities, prefectures and hospitals in the country.

Viteri explained that the Guayaquil Mayor’s Office keeps records of each one of the public contracts and chooses contractors who prove their heritage, experience and good references in previous jobs.

Meanwhile, the former mayor of Guayaquil and leader of the Social Christian Party (PSC), Jaime Nebot, asked that the authorities impart justice to whoever, without distinction, referring to the arrest of the prefect of Guayas, Carlos Luis Morales, also of the PSC, for the alleged crime of influence peddling.

“Anyone who is proven to have committed a crime must be punished with prison without any contemplation and worse, beyond the fact that crimes are not measured by circumstance, they are always crimes, but there are moments that make it more execrable: in the middle of a Pandemic, in the midst of illness, in the midst of death, taking advantage of the emergency to buy expensive food is depriving the hungry because they have no income, “Nebot said this Wednesday, in an interview with El Correo newspaper, Crush it.

He added that provisional arrests cannot be politicized. “Justice is to give each person what corresponds, to which investigated innocence touches him, and which investigated tried and punished touches the jail, whoever he is … The rascals, to the jail,” emphasized Nebot. (I)

Four factors led to the fall of Correos del Ecuador