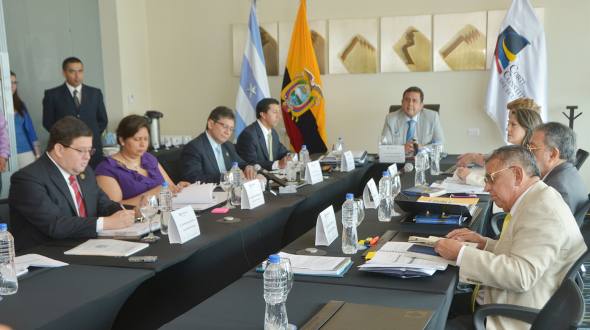 Molina, rapporteur of the case No. CR-0001-14, made a 150-page report, confirmed her colleague Alfredo Ruiz, before the session. The document was distributed among the judges earlier this week for its review. According to the Organic Law on Jurisdictional Guarantees, she must suggest what procedure should be applied to process the changes to the Constitution.

The plenary of the CC, composed of nine judges, settled in Guayaquil a regular meeting to address several issues, including indefinite reelection.