Chile could suffer an earthquake of greater magnitude, according to experts 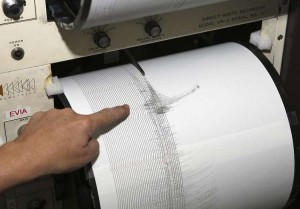 Due to the energy accumulated by 137 years at the friction of Nazca and South American plates, on the sea floor, Chilean and foreign experts said that the 8.2 degrees magnitude earthquake that affected yesterday to Chile, is not the biggest earthquake expected in the area.

60 aftershocks, some quite strong, have been felt from Tuesday night until the early afternoon of today, and it is possible that other movements close to 7 degrees magnitude may occur.

Experts say the “seismic gap” or the lack of earthquakes in the extreme north and south of Peru make predict the occurrence of a large and devastating earthquake, which was not the one that happened last Tuesday, or the two similar felt at Tuesday night, because the energy accumulated by the friction of the Nazca and South American plates must be released.

Meanwhile, Sergio Barrientos, from the National Seismological Center of the University of Chile, agreed and stated that after the energy was released on Tuesday night, there are chances that a more or two similar earthquakes may occur this eve, but nobody knows when.