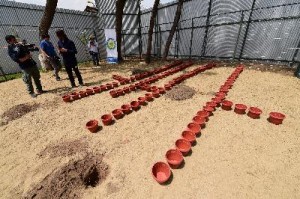 Chile initiated the cultivation of the first seeds of marijuana for medical use, officially approved in a municipal land, an unprecedented initiative in this area in Latin America.

The seeding began on Wednesday October 29 with the germination of cannabis seeds that will later be planted in an area of La Florida municipality, in southern Santiago. The place of cultivation, whose location is being withheld at the request of the mayoral, has strong security measures.

“We are making history in relieving those who suffer,” said at the launch ceremony Ana María Gazmuri, President of the Daya Foundation, dedicated to promoting the medicinal use of the herb.