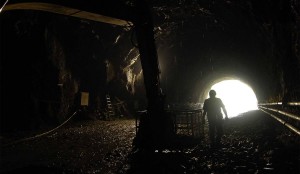 The Swiss company YouSee AG first issued drafts of these documents to the Ecuadorian subsidiary of China International Water & Electric Corp. (CWE), which has public contracts in Ecuador for $ 621.36 million.

Upon receiving the drafts, CWE adviser Roberto Silva Legarda asked to make some changes, including: “That reference numbers of the contracts (listed in the invoices) are somewhat more ‘complex,’ and not just ‘2014-001,´ to create the illusion that the companies have more contracts. (…) That the numbering of the invoices create the illusion that the companies issue ‘many invoices’ a year, not only those,” he wrote.

These communications are part of a large amount of files owned by the Panamanian law firm Mossack Fonseca (MF), which were leaked to the German newspaper Sueddeutsche Zeitung and then to the International Consortium of Investigative Journalists (ICIJ). Through this body, over a hundred news organizations around the world have access to the leak, dubbed as Panama Papers.

The search for oil is no longer so interesting