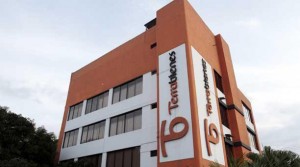 The Ortega Group manages eight companies in Panama, according to the latest update of the 2014 Internal Revenue Service (IRS). Terrabienes belongs to this economic empire. Its executive manager Jorge Ortega, 60, is detained for massive fraud.

On 4 March, the Eighth Court of Criminal Guarantees of Guayas sentenced him to 10 years in prison. And ordered the refund of the money and the cancellation of promissory notes and / or bills of exchange signed by the customers for houses that were never delivered.

During this process, which is also investigating five other Terrabienes executives, the name of the Mossack Fonseca (MF) firm came to light.

This firm was the one that helped to establish the companies that make up the corporate tree of Terrabienes. These are ABP CORP American Bussines Promoters and Services International. These are the names that appear in the records of the ‘Superintendency of Companies.´

The relationship between Terrabienes and Mossack Fonseca did not attract attention at first, until it became known that the Panamanian law firm is being investigated in countries like Brazil, Panama, Spain, Libya, Argentina, among others, allegedly for the creation of paper corporations for money laundering and tax evasion, something that has been rejected by the firm.