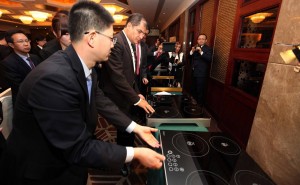 The delivery process of induction Chinese kitchens to beneficiaries of the Human Development Bond (BDH) who are enrolled in the government program, is expected to begin next week.

It was the commercial Advisor of the Management of induction cookers and sales manager, Rafael Peralta, who announced the news and at the same time added that the electricity companies of the National Electricity Corporation (CNEL) of each city will be responsible for distributing the stoves in the homes of the beneficiaries of the welfare.

The first 1,000 stoves arrived at the port of Guayaquil from China on May 26. The Government acquired a total of 342 000 induction stoves, through three contracts with the companies Haier and Midea.

Indigenous march walks through the streets of Cuenca

Last stage of the indigenous march