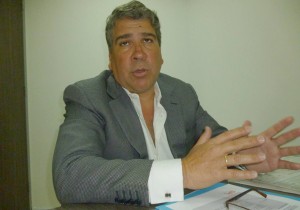 After seven months of management as head of the induction cookers Program of the Government, Enrique Arosemena stopped directing it, said yesterday the management of this plan through a statement.
The program seeks to replace 3 million gas stoves by electrical induction cookers until 2016. Arosemena, according to the official version, requested leave to President Rafael Correa in order to pursue his postgraduate studies.

Meanwhile, the management plan reported that the project entered the stage of marketing and trade of Chinese cookers, a process that will be led by Rafael Peralta, who was an adviser to Arosemena.

Quispe says that March calls for respect to the Constitution