Clever Jimenez’s defense will demand a new review for judgment

On Wednesday the defense of the former Assemblyman of Pachakutik (PK) Cléver Jimenez and his advisers Fernando Villavicencio and Carlos Figueroa, presented at the National Court of Justice (CNJ for its Spanish acronym), a review request for the prison sentence against them in force.

Due to the scarcity of national resources available to make a change in the judgment, the defense attorney in the case, Julio César Sarango, announced that he will take the case to international bodies. “Now we are urging the Inter-American Commission on Human Rights (IACHR) to prepare a report on this case and send it to the Inter-American Court,” said Sarango.

Referring to the allegations made by the Interior Minister, Jose Serrano, that armed paramilitary groups accompany the processed, Sarango considered that these claims aim to become a justification for taking action against his clients. “That is why the three of them are moving at various points of the jungle in order to avoid risking their lives.” 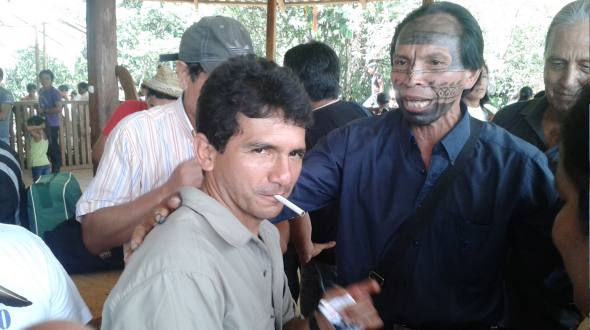 Clever Jimenez moves around the jungle for safety.

Disciplinary records are among first tasks of Soliz