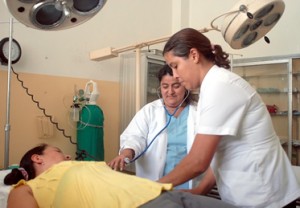 The private clinics and hospitals will continue assisting patients of the Ecuadorian Institute of Social Security ( IESS for its Spanish acronym), after an agreement to cancel the debt held.

This, after the National Association of Private Clinics and Hospitals of Ecuador (Achpe) expressed its position on the debt held in a press release this Thursday .

The Association held a meeting on May 26 with the zonal coordination 9 of the Ministry of Health (MOH), in which the government introduced a payment plan for members of the National Association of Private Clinics and Hospitals of Ecuador (Achpe) in Quito, entity that owns 50% of the total debt.

The Government made a compromise to pay a portion of that debt tomorrow and the amount left will be paid in the third week of June; Meanwhile, some accounts that are being observed will be audited.

Simultaneously, the Government agreed to give a bonus of up to the 90 % of the pending values of 2013, to settle the debt in Cuenca, and the remaining debt within a month.

In Guayaquil, a credit of up to the 90% of the pending values of 2014 will be paid (only the uploaded values in the Prosick system).

The payments for 2013 will be subjected to medical audit, in order to expedite the process, and it is expected that the debt is fully repaid by July 31.