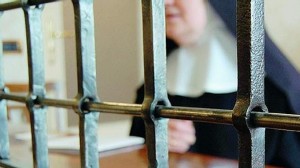 A cloistered nun of an Italian convent gave birth to a baby at the Bartolomeo Eustachio hospital, of the San Severino Marche locality,in the east of the country.

The daily Corriere della Sera reported that the nun, of South American origin, entered in the hospital, accompanied by other nuns, citing strong stomach pain. The first medical inspection and ultrasound did not leave room for doubt: she was in labor.

The woman was taken to the delivery room, where she gave birth. The nun, who had apparently entered the convent in June (when already pregnant), has decided to stay with the baby and not giving him up for adoption, so according to local press, she will leave the convent to go to a shelter.

Fundamedios denounces “persecution on social networks” by the ruling party