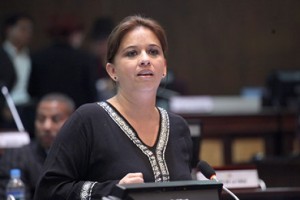 The Permanent Specialized Committee on the Rights of Workers and Social Security will be responsible for discussing the Reformatory Bill to the Telecommunications Act. This was resolved by the Council of Legislative Administration (CAL for its Spanish acronym).

President Rafael Correa, sent on July 14, 2014, the amendment to the Telecommunications Law, which proposes that 12% of profits are destined “to social investment and the development of telecommunications, especially the universality of the service”. The remaining 3% will be distributed among employees of the companies.

According to the document of the Assembly, the draft law is in the hands of the President of this Committee, Betty Carrillo, who shall set a date for its debate. what shall be done on August 18,  after the legislative vacancy.