Complaint against Rafael Correa for alleged crime of intimidation is reactivated 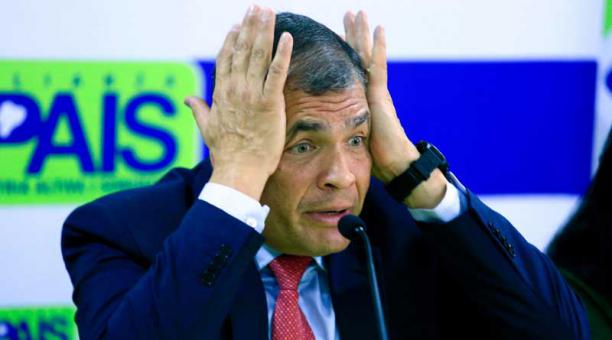 On July 2, recognition of the signature of the complaint filed by Édgar Vallejo, on behalf of the army captain, Diego Vallejo, against former President Rafael Correa and former Interior Minister José Serrano, was made on the alleged crime of intimidation.

The complaint was filed with the Office of the Prosecutor on March 24, 2017, but at the insistence of its judicial attorney, Marlon Jácome, the case was resumed.

Diego Vallejo commented that the intimidation towards his family took place during the Correa government, by the members of the internal security management unit of the Presidency. The military considers that the intimidation was due to the complaints that he presented from 2011 against Serrano, about the follow-ups ordered to be carried out by the political activist Fernando Balda in Colombia; as well as the “theft” of the financial information of the financial analysis unit against the former attorney general Washington Pesántez.

Then, Vallejo explained, he filed a new complaint in 2012 against Serrano and ex-prosecutor Galo Chiriboga for alleged theft of information from the hard disks of the commissioners charged with appointing the attorney general.

Among the evidence on the alleged crime of harassment are the follow-ups to Captain Vallejo, his travels to Lima-Peru and within the country, photographs and telephone calls.

The case was assigned to the prosecutor of the Preliminary Investigations Unit, Jimena Mena Martínez. (I)