The National Electoral Council (CNE) must withdraw the registration of the Force for Social Commitment, Freedom is People, Social Justice and Podemos movement for alleged irregularities in the registration process. 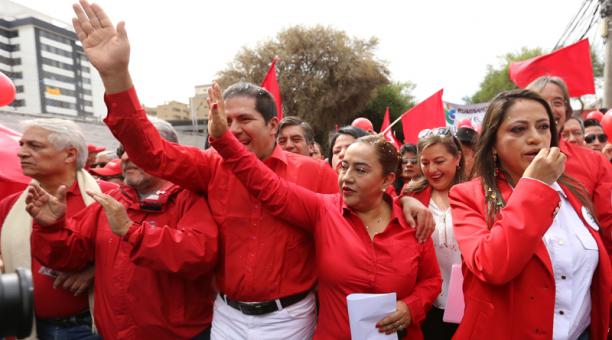 The electoral body received this recommendation from the General Comptroller of the State, after a special examination carried out on the registry of political organizations, the Council’s computer and communication system.

To read the draft of the report, which was carried out today, Tuesday, March 10, 2020, the Vice President of the CNE, Enrique Pita , and the counselors Luis Verdesoto and Estela Acero attended. Before the decision is final, the authorities have five days to submit their discharges.

“When this matter was discussed in plenary, the three majority councilors approved the existence of these political organizations and ratified because they considered that they violated the right to participation. Councilor Verdesoto and I abstained, “said Pita.

The Comptroller’s Office determined that the four movements do not comply with 1.5% of affiliates, which stipulates as a requirement article 109 of the Constitution to be legalized, in accordance with the pattern of the last electoral process.

The agency evidenced failures such as duplication among affiliates or inconsistencies in the signature verification system .

The irregularities had already been noticed in an audit carried out at the CNE in the period between February 1, 2013 and August 31, 2019.

Through Twitter , the former president of the Republic, Rafael Correa, reacted to the recommendations issued by the Comptroller .

The president shared a Letter published by the CNE minority advisor, Luis Verdesoto , who in the plenary session criticized the draft calendar for the 2021 elections and asked to reconsider it, due to the country’s economic crisis.

Correa says that they are trying to “eliminate the Social Commitment Force , delay the elections to disable it and dismiss Atamaint “.

The reason: The CNE has three failed attempts and the calendar of the Andean presidential , legislative and parliamentary elections of 2021 has not yet been approved.

In addition, in his trill, Correa appointed the election counselor Esthela Acero, who on Tuesday asked to postpone the approval of the calendar and deal with it in 48 hours. “Estela: will you lend yourself to this scoundrel?” Published the former president .

It is expected that the CNE will meet again this Thursday to decide on the calendar of the next elections .

Two sentences will be added to the former vice president