The former Minister of Economy Francisco Sweet already warned it , in one of his articles in Diario EXPRESO. The expansion of the submarine continental shelf is vital for the Ecuadorian economy. 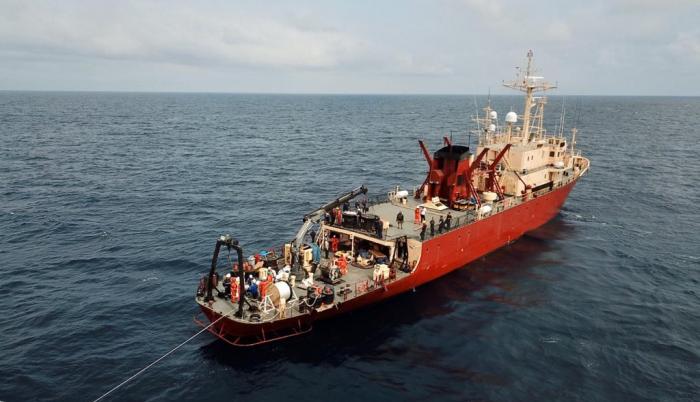 But the time for Ecuador to comply with the requirements before the United Nations Convention on the Law of the Sea (Convemar) passes without anything concrete. 2022 is the cut off year. But until now nothing has been able to do the Inocar.

In 2014, an expedition of 18 people departed on the Orion ship that according to authorities would have the required information in one year. It’s been 6 and nothing.

To achieve the extension of the platform beyond 200 miles, it must be certified that the Galapagos Islands extend on the seabed through mountain ranges. “The Convemar says that the countries with archipelago have the right, through it, to achieve the extension; We have three points that allow us to get there and they are the submarine mountain ranges of Coiba, Malpelo, Cocos, Colón and Carnegie. These must be connected underwater in a single body so that this continental shelf can be claimed, “says José Modesto Apolo , former president of the Ibero-American Institute of Maritime Law.

Ecuador has just 20% of the research on Carnegie and nothing else, “because for this you need to have a research oceanographic ship that in the case of Ecuador is the Orion,” but that has already completed its useful life. “

The area adjacent to the exclusive economic zone and the continental shelf will allow Ecuador to reach a total of 350 thousand kilometers with all the underwater wealth that this implies and would mean resources for a new era, the non-oil one. At the seabed it is 2,500 meters, which corresponds to the depth of the continental shelf.

They are there, in addition to minerals, the cadmium that, for its great strategic value is used in the military field; in addition to manganese or zinc in concentrations “much higher than the continental ones, added to sulphites whose field of research is only just beginning, and may be the solution for innumerable catastrophic diseases,” says Apolo.

There, it could also fish the Ecuadorian fleet exclusively. “The plant richness found in the bed of the continental shelf is still very little known, and could constitute a wide spectrum of applications that benefit humanity. The existence of underwater fauna that supports great depths in the deepest darkness, since sunlight does not arrive, in unimaginable sizes, constitute a great food reserve, “says Apolo.

Since Ecuador does not have a ship, it must be bought new or used or it can be rented. “The first option is ruled out, because it would take a long time. The option that Inocar manages is to get a chartered boat, on loan, so as not to fail in the investigation. ”

According to Apolo there are about 260,000 km that would be gained, which was lost in the war of ’41 with Peru.

THE BOAT . The Orion research ship has already reached its useful life, and its replacement costs around $ 60 million. The Inoca r -Navy Oceanographic Institute – generates around 22 million annually for fees, but that money goes to Finance, which returns 3 million each year.

PROCESS . It is required to present the studies that demonstrate the continuity of the continental shelf of the Wolf and Darwin islands that are linked to the submarine mountain ranges of Colón, Cocos and Carnegie, which are the foundation required by the Commission on the Limits of the Continental Shelf .