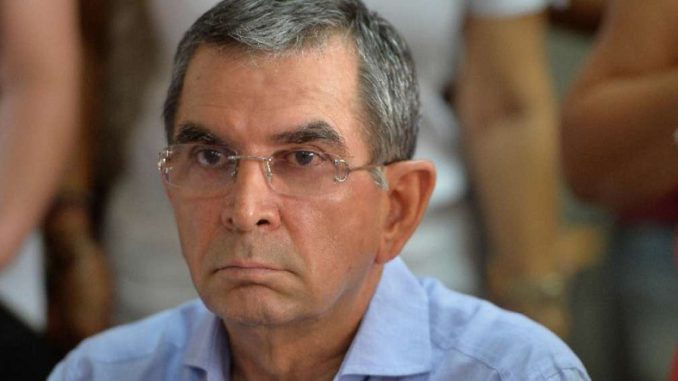 The Office of the Comptroller established 11 sanctions of dismissal against the provincial prefect of Manabí, Mariano Zambrano and 10 other officials of that prefecture.

This occurred after the approval of the report DR5-DPM-0064-2018, last Friday, July 27, 2018, and in which there are at least 13 irregularities in the contracting, execution and inspection of public works in the sector of the Manga del Cura

The special examination carried out between August 1, 2014 and November 30, 2017 also resulted in the control body determining administrative responsibilities (glosses) for USD 2.2 million for Zambrano and other bureaucrats and another penalty for USD 167 433.

The officials have 30 days to present their defense arguments to the Comptroller’s Office and then a new ruling will be issued. Additionally, the Comptroller’s Office informed that a report was already sent with indications of criminal responsibility against the prefect and another 15 officials to the Office of the Prosecutor for a preliminary investigation to be initiated.

Among the findings is that the Prefecture hired works that had already been executed and canceled for USD 463 123 without VAT, for the rehabilitation and signaling of the El Paraíso, La 14, El Pintado road, in the El Carmen parish. This work was contracted with the Public Company Manabí Construye, in January of 2017.

To this are added shortcomings in studies, reception delivery minutes with incomplete information; no relevant information on procurement was published in the Public Purchases portal; referential budgets were identified with inconsistencies, among other findings. This newspaper is looking for the version of Zambrano in front of this dismissal, by telephone, but until 4:45 pm today (July 30, 2018) it has not been possible to locate him. (I)