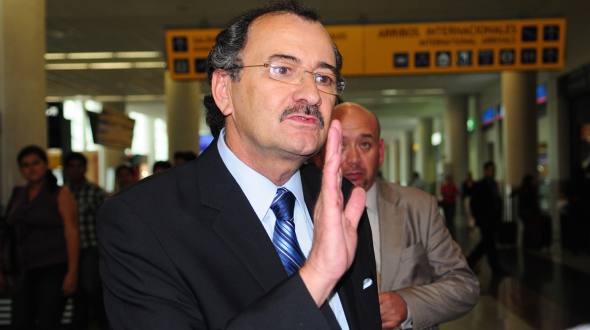 The General Comptroller of the State Carlos Pólit, sent to the Constitutional Court (CC) the rejection to the amendments of two articles of the Constitution submitted by the legislative block of Alianza PAIS (AP). He qualified the modification as a “setback” in the control of the good use of public resources, since in his opinion, they take away from that entity the ability to evaluate the management authorities make of public investments.

The authority opposes the proposal which seeks to change articles 211 and 212 of the Constitution.

The first, he explains, says that the Comptroller´s Office is a technical body responsible for monitoring the use of state resources, but in the proposal the phrase “the pursuit of the objectives of the institutions of the state” is eliminated.

The second one empowers the organism to determine administrative, civil and negligent responsibilities and circumstantial evidence of criminal responsibility, relatedto aspects and procedures under their control. The draft of AP removed the word “procedures.”

For the Comptroller, The proposal modifies and alters the structure of these articles. And thus, the procedure should be the constitutional reform, not the proposed amendment of AP.

Vázquez leads the polls with 42% of voting intentions