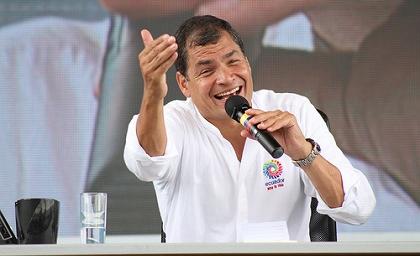 Last Sunday the Inter American Press Association (IAPA) reported a negative impact on the Press of the Communications Law, which for a year and four months, established in Ecuador that “the expression and communication have become a public service.”

“A significant reduction in investigative journalism in the independent media,” a high level of self-censorship, closure of newspapers and supplements and dozens of penalties and fines to the media as well as “a substantial increase in complaints against the media on behalf of the citizenship,” are some of the purposes of this rule, warns IAPA.

“To control and regulate this public service there are two entities on function (…), employing some 300 staff that control and monitor newspapers, television channels and radio stations, looking for breaches of the law,” notes the report on Ecuador prepared by the Committee on Freedom of the Press and Information of the IAPA.

Meanwhile, the government of President Rafael Correa “intends to internationalize this new concept and already has presented at the Latin American Parliament, a bill for the countries included in the Parliament, to declare communication as a public service and create content regulatory bodies,” says the SIP.

Sending of reservists to combat Ebola is authorized by Obama