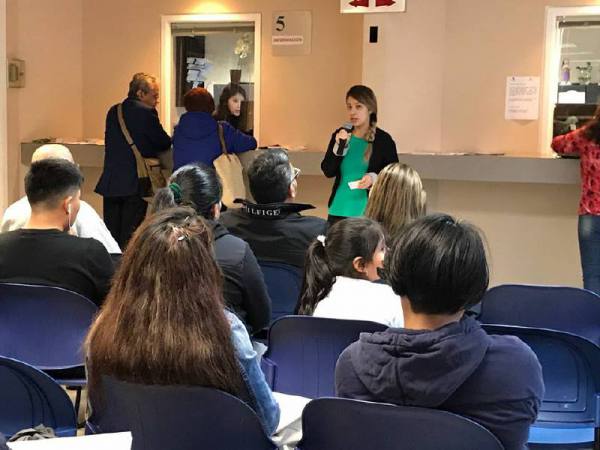 The nightmare of deportation lived in flesh by undocumented migrants has hardly begun to be visualized in Ecuador with the arrival of the first fellow countrymen expelled from the US by the Government of Donald Trump. The problem seems to take on more nuances as more cases of detained Ecuadorians facing migration show up.

In the Hudson, Elizabeth, and Essex (NJ) detention centers alone, 45 cases of immigrant-held Ecuadorians have been tracked. The cases have been detected in recent days after visits made by members of the Tri-State Area Contingency Plan, a support program that was activated this year following the policies announced by the Trump regime.

Moreover, there cases that are directly being addressed at the consulates of Ecuador in the United States, where Ecuadorians are coming in search of advice to these problems.
The Ecuadorian consulate in New Jersey and Pennsylvania, near New York, where a large number of Ecuadorians live, explained yesterday in its Facebook portal that after the visits, the Consular Contingency Team contacts the lawyers or relatives of the detainees to be able to provide personalized monitoring in the processes. (I)