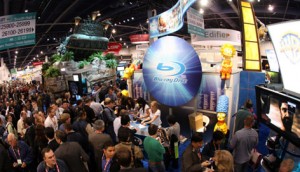 Consumer Electronics Show (CES), the world’s largest electronics show will open its doors in Las Vegas on Thursday and will last until Sunday.
The main characters of the show will be the tablets which were launched at the beginning of 2010 and had a great reception that year, especially with the success of the category leader, IPad,although Apple will not appear in the show because it is going to perform their own products in private.
It is estimated that hundreds of new tablets will be presented at the fair, from the Toshiba Tablet to the playbook from the BlackBerry creators.

It is also expected new presentations of Google´s operating system: Android and new proposals from Microsoft.

New devices that are able to connect with internet, from brands such as: Samsung, LG, and VizioIt will be presented too. It is also probably that Microsoft presents its new Windows TV, a device that would connect the computer´s internet to any TV.

And finally it cannot miss the updated versions of smart phones.
CES this year will receive over 120,000 visitors and there will be 2,700 exhibitors.