Convention Bureau will belong to the City Hall 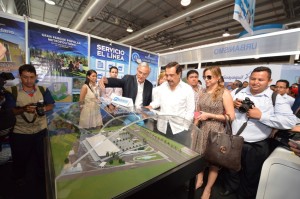 Creating the Convention Bureau is an enterprise engaged by the Conventions Center Simon Bolivar, hoteliers and tour operators for over a decade. The project aims to convert the Pacific Pearl in a venue for conferences, meetings, conventions and exhibitions.

On October 8, Mayor Jaime Nebot officially announced that the Municipal Tourism will be created, “with its own funding to continue developing all kinds of tourism”.

The Conventions Center and Ahotegu advised the City Hall in this initiative 100% public, which will include the participation of private enterprises in an advisory committee, said Nicolas Romero, CEO of ExpoGuayaquil, which manages the Convention Center.

Holbach Muñeton, President of the Chamber of Tourism of Guayas and CEO of HM International Hotel, adds that this type of tourism, will reactivate the entire economy of the city, not just the hotel and tourism business.

For Gino Luzi, General Manager of the Grand Hotel Guayaquil and President of the Hotel Association of Guayas (Ahotegu, which brings together 27 luxury hotels), creating the bureau is required to maintain a “growing hospitality” in the city, where some international chains have already “landed”.