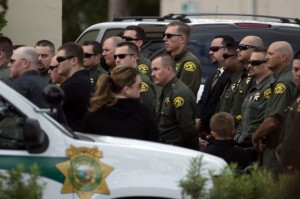 Immigration authorities said that the man accused of shooting four people and killed two policemen on Friday in Northern California, was in illegal situation in the United States and had been deported to Mexico twice.

According to immigration authorities, Monroy Bracamonte had been deported to Mexico in 1997 following a conviction in Arizona for drug possession, according to The Sacramento Bee. He then was arrested and deported again in 2001.

On Friday, after being in a car parked next to his wife, Janelle Marquez, in a motel in the capital of California, Sacramento, Monroy shot a policeman who approached him, close to the vehicle and, according to the police report, he received him with a burst of gunfire. From there, in his desperate scape he shot to everyone who crossed his path.