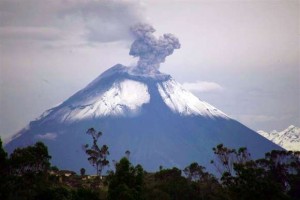 The Coordinator Ministry of Security reported no increase in the activity of the Cotopaxi volcano. However, at 22:30 of Saturday, nine families of San Antonio de Chasqui as well as eleven families of the San Luis de Yacupungo sector “105 people in total, decided to evacuate” the place, the ministry said in a statement this morning via Twitter.

The people were transferred in two buses to a shelter prepared by the Ministry of Economic and Social Inclusion (MIES) in the Pastocalles parish, in the Rafael Cajiao Enriquez school.

In a statement it was reported that the Emergency Operations Committee (COE) of Pichincha, Cotopaxi and Napo are still active.

“We reiterate to keep calm, we will report periodically through the official media,” it was mentioned in the statement.