Correa: “If there is an anti-Barrera vote, annul it, but do not give the enemy”

So said President Rafael Correa, who participated today in Quito on several campaign events to promote the candidacy of Augusto Barrera (Alianza País) for mayor.

During an encounter with a neighborhood leader in the coliseum Los Quitus, the President mentioned the existence of a vote “anti-Barrera” and the need for these votes to not move to the candidacy of Mauricio Rodas (SUMA-Vive).

“If you fail to capture that vote and there is an anti-Barrera one, annul that vote, but do not give it to the enemy, yes? we clear ?” Correa said.

Correa had also warned in an interview on Radio America, that if Barrera loses as mayor, an atmosphere of lawlessness would be generated. “Then a serious period of lawlessness would begin, I do not know if it would mean destabilization, because we have great popular support, but that may change in the overnight with a good lie in the media,” he said. 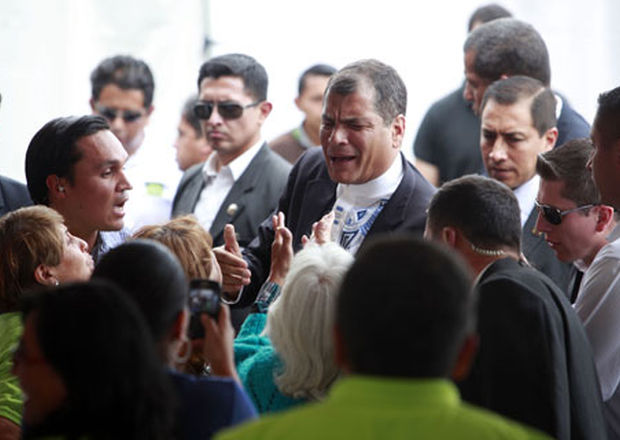 Switzerland resets visa for nationals outside the Schengen area