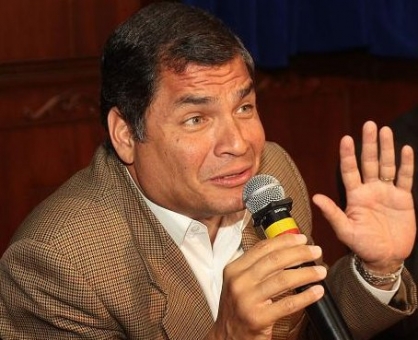 Last Tuesday on his usual discussion with Guayaquil media, President Rafael Correa criticized the idea of “wanting to impose a referendum” when the indefinite reelection issue “clearly requires an amendment.”

“We live in a state of law, not of opinion,” said the president, while criticizing the insistence of certain media and a political sector of calling a referendum.

However, despite his strong stance, Correa said the last word on the decision lies with the Constitutional Court, which must choose whether the issue of indefinite reelection requires a referendum or a constitutional amendment.

Moreover, the president stressed once again that his possible candidacy in 2017 will depend on the position of the political opposition and the media.

Philip of Bourbon will assume the crown from June 16