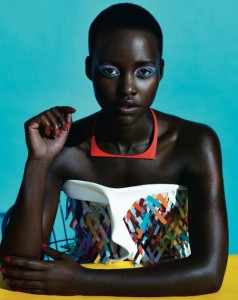 In this new installment will participate the actress of “12 Years a Slave,” Lupita Nyong’

Lupita Nyong’o, who won an Oscar for her catuación on “12 Years a Slave” will participate in the new Star Wars saga, according to an official statement from the producers of the film.

Kathleen Kennedy, president of Lucasfilm, said: “I ​​could not be most excited that Lupita and Gwendoline have joined the cast of Episode VII,” in reference to the participation of Nyong’o and Gwendoline Christie, actress of the series Game of Thrones.

This new installment will feature the performances of Harrison Ford, Carrie Fisher and Mark Hamill, original characters, who are the protagonists.