Countries reject the blockade against Cuba at the UN 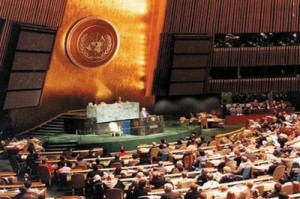 Around 20 countries expressed to the United Nations (UN) their rejection to the American embargo against Cuba.

Russia, Vietnam, Algeria, Jamaica, the Democratic Republic of Korea, Mozambique and Tuvalu joined the Latin American governments to claim on lifting the economic, commercial and financial embargo imposed by Washington to Cuba.

“It has came the time of totally excluding from the international interaction, the illegitimate pressure attempts of some states to others. Unilateral sanctions are meaningless and counterproductive, an example of this is the United States blockade against Cuba,” said Russian Foreign Minister Sergei Lavrov.