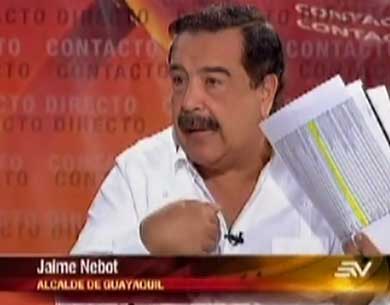 The Guayaquil City Hall decided to replace its delegate to the Board of the National Transit Agency (ANT for its Spanish acronym). This, after the vote in favor of the resolution that allows the ANT to establish through a series of calculations the values ​​receivable by public transport.

In a letter addressed to the Executive Director of ANT, Héctor Solórzano, on September 25, Guayaquil Mayor Jaime Nebot details that he nominates Pablo Cevallos as his new delegate to the board of the entity, replacing Jaime Velásquez.

Nebot said as the reason of the replacement that Velasquez was not authorized “not expressly or implicitly by the City Hall for vote for the metodology policy of the ANT contained in Resolution No. 100.”

It comes to Resolution 100, issued on August 27, 2014, and which in its seven articles and two general provisions determines, by a series of formulas, the calculations for passenger´s demand, earned incomes, cost operations, among others.