Creativity and Table Games at USM 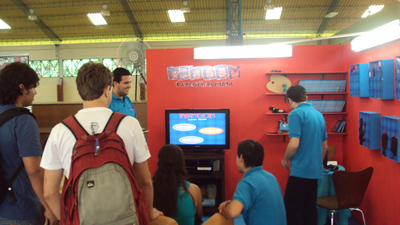 N3tainment, Random, and Bulls eye, are some of the table games that eighth semester students from Universidad Santa María presented at the fair FUNTASTIC 2011.

Early in the second half of 2010, the rules for a subject called “Creación de empresas” (Entrepreneurship) were given. The project involved 3 teachers as coordinators, one from the University Headquarters in Valparaiso, Chile, an expert teacher in Trade Fairs Worldwide, and the marketing professor, Ivan Sierra, who is a very representative local marketer. 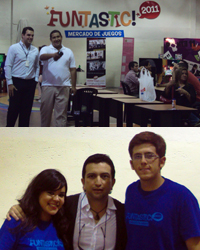 “Students have the opportunity to experience the creation of a company from the conception of the idea,” says Sierra. “They have to conduct research, manage budgets, and try to generate a profit,” he added.

“We had to do financial analysis, market research, develop the product the company was selling and advertising campaigns, all of that in the course of the semester,” said Javier Rodriguez, a Computer Engineering student.

Twelve groups (companies) of 5 and 6 students were established, and since September, they have worked on the design of their businesses to sell their products at the fair. In addition, one group of students was the Fair Organizing Group, they were responsible for managing the positioning of the stands, decoration, and handle all the logistic activities at the fair.

“Creación de empresas” is a subject inherited from the headquarters of USM in Chile, this is the tenth exhibition that has been organized in Guayaquil’s headquarters facility.

Over 1000 people attended FUNTASTIC 2011, and it was sponsored by well-known companies such as: Banco Bolivariano, Bic, Toni, among many others.