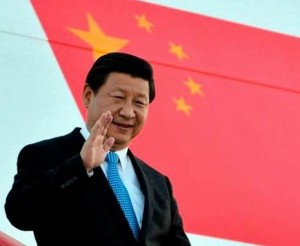 Chinese President Xi Jinping arrived today at Cuba as part of a two-day official visit to strengthen the bilateral economic relationship, with which he will end his Latin American tour that was preceded by a corporate mission of the Asian nation.

Cuban official media reported that Xi Jinping was received by Cuban First Vice President Miguel Diaz-Canel upon his arrival at the international airport of Havana.

In Cuba (the last stop after visiting Brazil, Argentina and Venezuela), Xi will develop a busy schedule that includes talks with Raul Castro and the signing of several agreements, reports EFE.

By Wednesday, the Chinese President will travel to Santiago de Cuba, where he will visit the School City on July 26 and the seat of the Municipal Assembly of People’s Power. From that city, he will return to his country.

Black boxes of MH17 flight will be analyzed in United Kingdom