Daughter of the late Hugo Chavez is designated as UN Ambassador 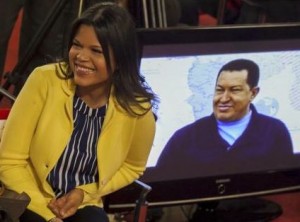 Maria Gabriela Chavez, daughter of the late Hugo Chavez, was named yesterday as alternate Ambassador of Venezuela to the United Nations (UN) by the Venezuelan government.

The designation seeks to “strengthen the work” of the current Ambassador of Venezuela to the UN Samuel Moncada and that “this profound message of Commander Hugo Chavez is spread,” to the UN, said Jaua.

He reiterated that Israel should be punished and noted that the commission appointed by the UN to investigate possible violations of international humanitarian law “should not remain only on a mere research, no more impunity!.”