Debate over labor reforms begins today at the Assembly 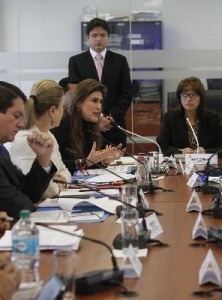 For 10:30 is provided the initial debate in the National Assembly of the document that proposes reforms to the Labour Code, including the elimination of the fixed term.

Another issue that generated extensive discussion at the Commission on Rights of Workers, was the affiliation for housewives and unpaid workers. Spokesmen of the Institute of Social Security (IESS) ensured that the entity has the ability to serve the new members because coverage does not include health services. The legal reform only establishes pension rights.

During the socialization of the text, the coordinator Minister of Social Development Cecilia Vaca Jones explained that unpaid workers have access to the public health system and therefore the legislation did not include that benefit.