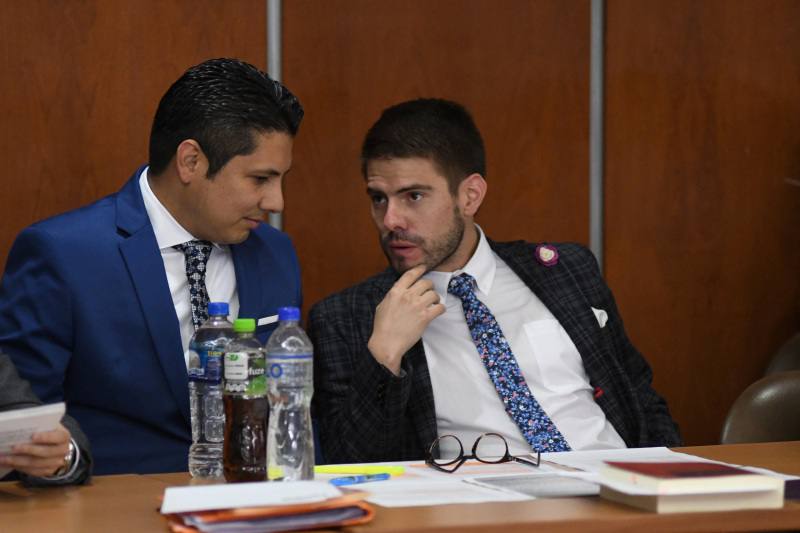 “I ratify regarding the periodic presentation of Rafael Correa in the National Court of Justice as of July 2. Otherwise, you know what the consequences of non-presentation are. ” With that warning Judge Daniella Camacho concluded, on June 18, the audience in which he linked the former president to the process for the kidnapping of politician Fernando Balda.

In that diligence, Camacho denied the request of Caupolicán Ochoa, Correa’s defense, to reconsider the measure. He explained that the ex-president is an Ecuadorian citizen who also has his domicile in Ecuador and that the asylum in Belgium was not sufficiently justified in the hearing.

Correa should today make his first appearance in the secretariat of the Criminal Chamber of the Court, as ordered by Camacho, but he said that he cannot leave his family because his daughter suffered a serious accident.

Although Felipe Rodríguez, lawyer of Balda, says that we must wait until the measure is broken to talk about what is coming, he is clear that if Correa does not arrive, the next step is to request a hearing to review compliance with measures and there to ask for an order of preventive detention.

Last Friday, Balda presented a letter to Camacho asking to be accepted as private accuser of Correa. So far he is accuser of the agents also prosecuted Raúl Chicaiza, Jéssica Falcón and Jorge Espinoza, former Director of Intelligence of the General Police Fausto Tamayo and Pablo Romero, former Secretary of Intelligence.

For tomorrow, at 1:00 pm, at the request of Correa’s defense, a hearing will be held to review the precautionary measure that weighs against him. Rodríguez believes that if he does not present himself today, this request would not make sense, because if he fails to comply with the provision, he cannot request that his legal situation be improved.

The defense of Balda said that if Correa does not arrive at the Court, at 08:00 tomorrow he will present a brief requesting, under the principle of concentration and judicial economy, a hearing to review compliance with measures at the same time as the of Ochoa. (I)