The current regime maintains its preference for people who support it, in order to designate ambassadors and diplomatic representatives of the country. 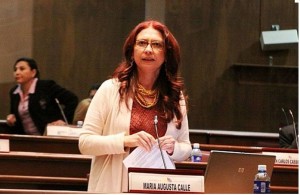 While those who have been professionally trained in such functions are outside these appointments. In this situation are the graduates of the Institute of Diplomacy and International Studies at the University of Guayaquil.

Juan Carlos Faidutti , former Ambassador of Ecuador to the United Nations (UN), said: ” As far as I know, any student has not entered” to the External Service from that Institute.

The government has justified its diplomatic designation policy, ” democratizing these charges with the appointment of indigenous and African Americans,” after questioning the results of the previous management servers.