The Colombian writer Gabriel García Márquez, will be honored this month with cultural activities for his birthday 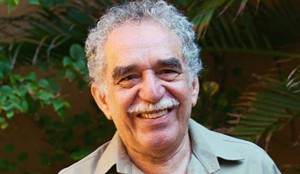 Today, the Colombian writer Gabriel García Márquez celebrates his 87th birthday in the privacy of his home, in the Mexican capital.

In addition, the book “One Hundred Years of Solitude” celebrates 47 years of publication. This book is considered a masterpiece of Latin American and universal literature, ranked as one of the best works of García Márquez.

The Bank of the Republic, organizing committee of the celebration, reported that the Colombian Nobel will be honored during this month with cultural activities that will be conducted in 29 cities of Colombia.n American and universal literature, ranked as one of the best works of García Márquez.

Faithful go to their churches over Ash Wednesday

Guayaquil starts campaign to use the taximeter