Discrepancies in AP for their own candidates 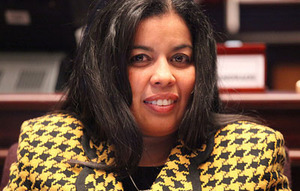 Alianza PAIS (AP) faces internal conflicts by the selection of candidates for various branches dignities. This was reflected in the objections stated yesterday to the Provincial Electoral Board Guayas, Azuay and Pichincha, where the ruling is contested between them.

One case is that of the former legislator Alexandra Arce for her candidature for mayor of Duran, who received five objections, which came from the ranks of the AP. One of the appellants is Alfonso Cordova, who claimed that position, he maintains that he won the primary elections of AP.

According to their co-supporters, these would not go through a process of internal selection. While the CNE data, in Guayas, recorded yesterday afternoon to 17 different groups and objections of a withdrawal request lists of councilors Guayaquil.

In Pichincha four challenges, one of which was for members of the parish Puembo, Canton Quito, who allegedly did not resigned unless the government movement adherents were also presented. The CNE will have 48 hours to see if they are acquitted or not.