Does Abdalá Bucaram carry out house arrest without an electronic shackle?

The record of the hearing in which former President Abdalá Bucaram was tried for alleged arms trafficking shows that the judge in the case did not order the use of an electronic shackle , since he said that he had reports that this equipment is not available. 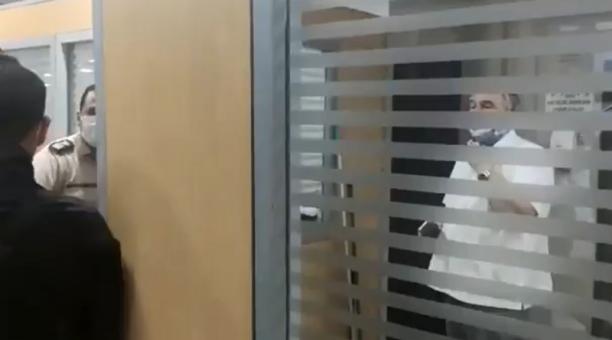 Does Abdullah Bucaram carry out house arrest without an electronic shackle?

“In relation to the request for the installation of an electronic surveillance device, this request is not accepted due to the notifications that we have received from justice operators that they are not available,” said the magistrate at the hearing of June 4, 2020. .

For this reason, the court ordered house arrest . “This judge imposes on the accused the personal precautionary measure contemplated in the third numeral of article 522 of the Comprehensive Organic Code, this is the house arrest of the accused, Mr. Bucaram Ortiz Abdalá, who will comply with a police receipt at his domicile located in this city of Guayaquil, in the sector of the Kennedy Norte citadel , ”he said.

Currently, the former head of state remains at that address.

The Rehabilitation Secretariat says that in Guayaquil there are 16 shackles available.

The dairy sector wants to sell in international markets