Dominic Barona is ‘the surfer of the moment’ 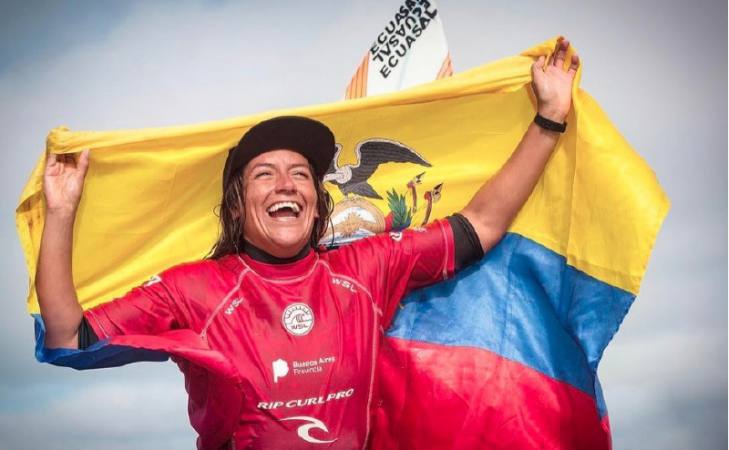 Dominic Mimi Barona is considered “one of the surfers of the moment” to win the title of the WQS 1000 date of Mar del Plata, Argentina, which culminated last Saturday. With this result he has won two victories in the WQS, because at the beginning of the month he won the Triathlon Sport ReefPro Cup in Peru.

The Argentine digital portal What stood out the triumph of the Ecuadorian in the final of ladies on a local competitor: “Among the women, in the QS 1000, Josefina Ané fell to one of the surfers of the moment (Barona)”.

“This Saturday at Playa Grande came to an end the Rip Curl Pro Argentina, the only date in the country of the World Surf League (WSL), and had foreign domination over the premises in the decisive batteries: the Brazilian Wesley Santos exceeded in the final to the Cordovan Facundo Arreyes and, among the women, the Ecuadorian Dominic Barona beat Josefina Ané to keep the title, “he said What.

In men, “again the Argentine date of the second category of the world surf (Qualifying Series – QS) was in the hands of a Brazilian, who took the 1,500 points in play. Santos won in the grand final to the best Argentine exponent of the event “, added Qué.

The women’s final was somewhat more balanced and the Mar del Plata dominated during the first minutes, with waves of 4.57 and 3.87, which would mark the final score of 8.54. The Ecuadorian could be claimed with two waves of 4.77 and 5.60 and ended up being crowned.

After competing in Argentina, Mimi Barona will return to Ecuador to participate in the next date of the Alas Circuit, in Las Palmas (Esmeraldas), from April 5 to 8, where she will defend the title. “If there are tournaments in my house, it hurts to let someone else take them. I like to respect the house and if I have to travel another 12 hours I will do it to represent my country, “said Mimi. (D)