Earthquake in Pakistan Was Felt From Dubai to Delhi 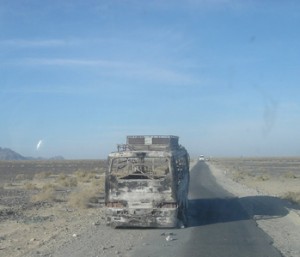 Pakistan was shook by an earthquake

The southwest of Pakistan was shook by an earthquake with a magnitude of 7,4 on the Richter scale. According to the comments made by Twitter users, people in Dubai to the outskirts of Delhi felt the seism.

The quake struck 34 miles west of Dalbandin at around 1:30 a.m. on Wednesday in the province of Baluchistan near the border with Afghanistan. TV reports informed that the earthquake was felt in several regions of the country.

This area is not too populated. Currently no damage has been reported. This region is commonly rattled by earthquakes, a similar event occurred on October 8 of 2005, when a seism of 7,6 killed 80,000 in northwestern Pakistan and Kashmir, leaving 3 million homeless. (AV)

All Funds of Former President of Tunisia are Frozen