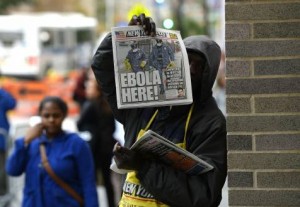 Craig Spencer, doctor of  ‘Doctors without Borders’, tested positive in the Ebola analysis, said CNN in Spanish on its Web site.

Spencer had returned 10 days ago from West Africa. After presenting fever, nausea and muscle pain, the doctor was admitted to a hospital in New York, where he was examined.

This case of Ebola was alerted after the Fire Department of New York received a call yesterday, reporting a sick person in Manhattan.

‘Doctors Without Borders’ reported that they have monitored the health status of its employees since their return from Africa.

Spencer was transferred to Bellevue Hospital in Manhattan.

Three people who had close contact with Spencer were put into quarantined for observation, including his fiancee, but until now everyone is still healthy, authorities said.