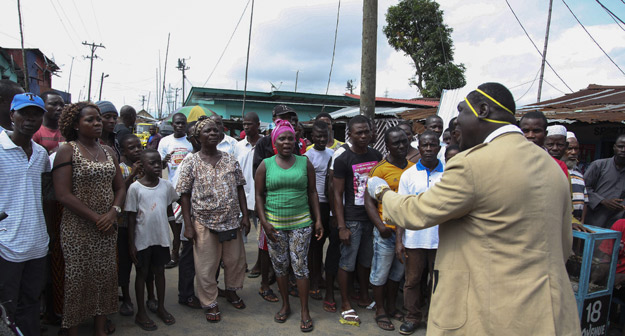 Residents of the suburb of West Point, a Monrovia neighborhood of 75,000 people, took to the streets to protest against the quarantine by the World Health Organization (WHO). As they consider it only creates new difficulties in the already complicated situation being experienced by the community.

According to some witnesses reported, residents of West Point threw stones at the security agents deployed in the area to prevent anyone enter or leave the quarantine area.

On Tuesday 19 August, the President of Liberia, Ellen Johnson-Sirleaf, declared a curfew in the country to fight against Ebola. In addition, the Dolo Town neighborhood located in Margibi County, about an hour from the capital, was quarantined.