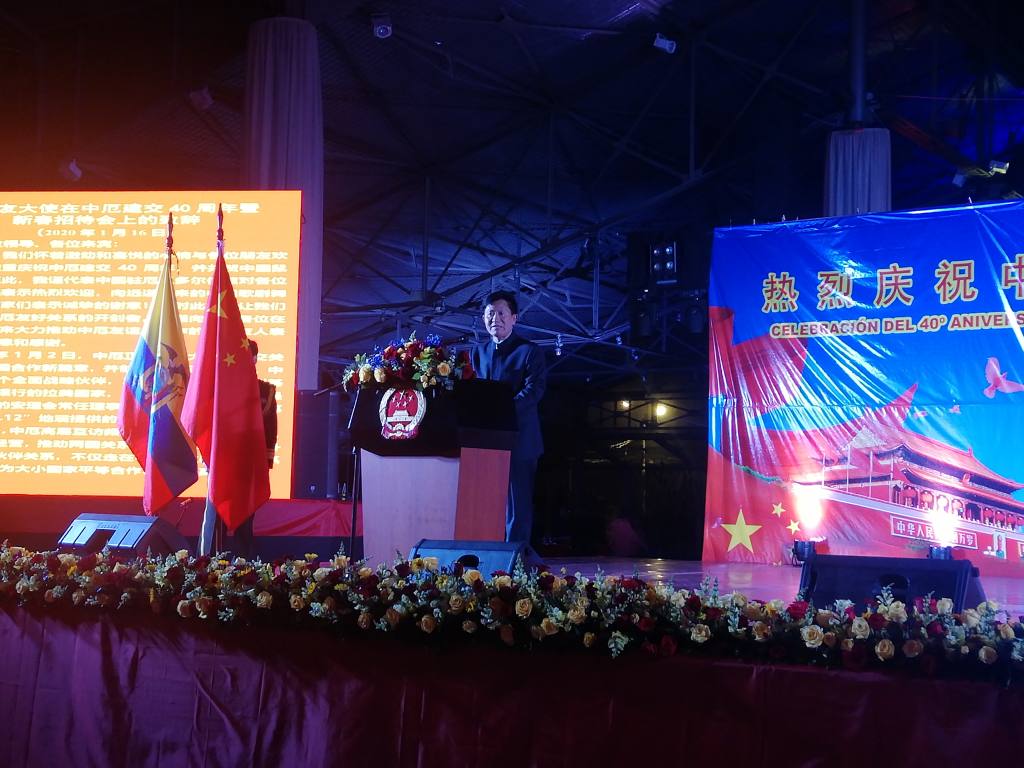 The Embassy of the People’s Republic of China in Ecuador commemorated this Thursday the 40th anniversary of the establishment of diplomatic relations between the two countries, at the Crystal Palace of Itchimbía Park in Quito.

Among other figures, China’s ambassador to Ecuador, Chen Guoyou said that, in the first months of 2019, bilateral trade was $ 5729 million, there are more than 90 Chinese companies working in Ecuador, and 26,231 Chinese tourists arrived in Ecuador in 2018 .

“China congratulates Ecuador for having become the first Latin American country member of the Asian Infrastructure Investment Bank. It welcomes you to promote more high quality products in the Chinese market through platforms such as the China International Import Fair, ”said Guoyou.

China seeks to do research with Ecuador to develop the joint construction plan of the “Strip and the Road”, to improve the quality of cooperation.

Meanwhile, the Foreign Minister of Ecuador, José Valencia, said that the level of “comprehensive strategic partnership” is a category that 33 countries have with respect to China and has given way to the execution of important public infrastructure projects. In addition, he highlighted the exchange of high-level visits between the two countries.

In 2018, Ecuador exported $ 1751 million to China and this country has enormous potential for Ecuadorian oil and non-oil products such as shrimp, shrimp, bananas, tropical fruits and flowers.

The event was also attended by authorities of the Executive, Legislative and Judicial functions and of the military and police leadership, several ministers and representatives of the Diplomatic Corps. (I)